PrevPreviousMore ways to Gamify: The Pyramid Game
NextMember of the MonthNext

The afterburn effect’s scientific name is Excess Post Exercise Oxygen Consumption, or EPOC for short. EPOC, was previously known as oxygen debt, a term that is still used among the gym go-ing community. It’s the amount of oxygen required to return the body to its resting state.

The EPOC process is obviously at its height immediately after a workout. Studies have shown that the afterburn effect can continue post workout for up to 38 hours. What does this mean exactly?

Essentially, it means that your body will continue burning fat and calories for that entire period as if you were working out.

Many sports scientists have now claimed that the time period is much less. However, even though the body still does burn calories while at rest, the afterburn effect was still present after intense training, albeit at its height during and immediately after exercise.

It’s important to note, as well, that the length of your workout does necessarily mean the longer the afterburn. Whilst a lengthy workout means a greater EPOC, it is the intensity level that will need to be high enough to ensure you are entering into the training zone where maximum afterburn effect is attained.

The key to inducing significant EPOC is to partake in high-intensity interval training, or HIIT sessions. These types of sessions stimulate a higher rate of post workout burn because more oxygen is consumed during them. This creates a larger deficit to replace after the workout.

Many will argue that the fat loss effects of steady state exercise and high intensity interval training are pretty much the same. But in the long run, and depending on your training schedule the differences could be quite extreme. Based on tests conducted by the British Journal of Sports Medicine, after 30-35 workouts (10-12 weeks if you’re training three times a week), the average amount of fat loss with HIIT sessions was 1.58kg, compared to 1.13kg with steady-state cardio. Based on this, their conclusion was that HIIT training provides a “greater reduction in total absolute fat mass.”

The main point, however, is that the individual HIIT training periods were much short than steady state cardio. A 30-minute HIIT session generally equals the equivalent of an hour long steady state cardio exercise. So, for those with only certain time periods in which to exercise each week, HIIT training is definitely a more viable option to ensure you are getting in your sessions and maximising your time in the gym.

How does diet affect HIIT training and the afterburn effect?

This is where things can get interesting. It is important to remember that during any professionally conducted fitness tests and comparisons, people taking part in these studies are generally placed on a specific diet to maximise the effect. With regards to EPOC and the afterburn effect, this generally involves ensuring more food is consumed to counter balance the increased calories burned.

Why does that matter?

Quite simply, if you’re in a calorie deficit (which you’ll need to be if you want to lose fat), the afterburn effect is going to be lower than it otherwise would be. Some studies have shown that two days of lower calorie intake reduced the post-exercise calorie burn by up to 40%.

Some have even claimed that a calorie deficient diet has even removed the effect of the metabolism completely.

In a nutshell, like most exercise programs and challengers, your diet will play a major part in your results. The important thing to remember is that if you are looking to benefit from EPOC is that there needs to be something in the tank to burn in order for the effect to take place.

Get all the latest news

We'll give you everything you need to know 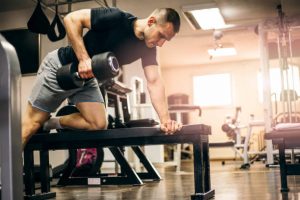 Why You Should be Lifting Weights

The skeletal muscle systems is one of the most complex and largest networks of the human body, incorporating the neuron-muscular system this system allows us move heavy loads under tension which require macronutrients as energy.

Now, what exactly is the core? The core is the muscles in your entire midsection, surrounding the abs but extending up the entire trunk of your body. Everything except your arms and legs essentially.